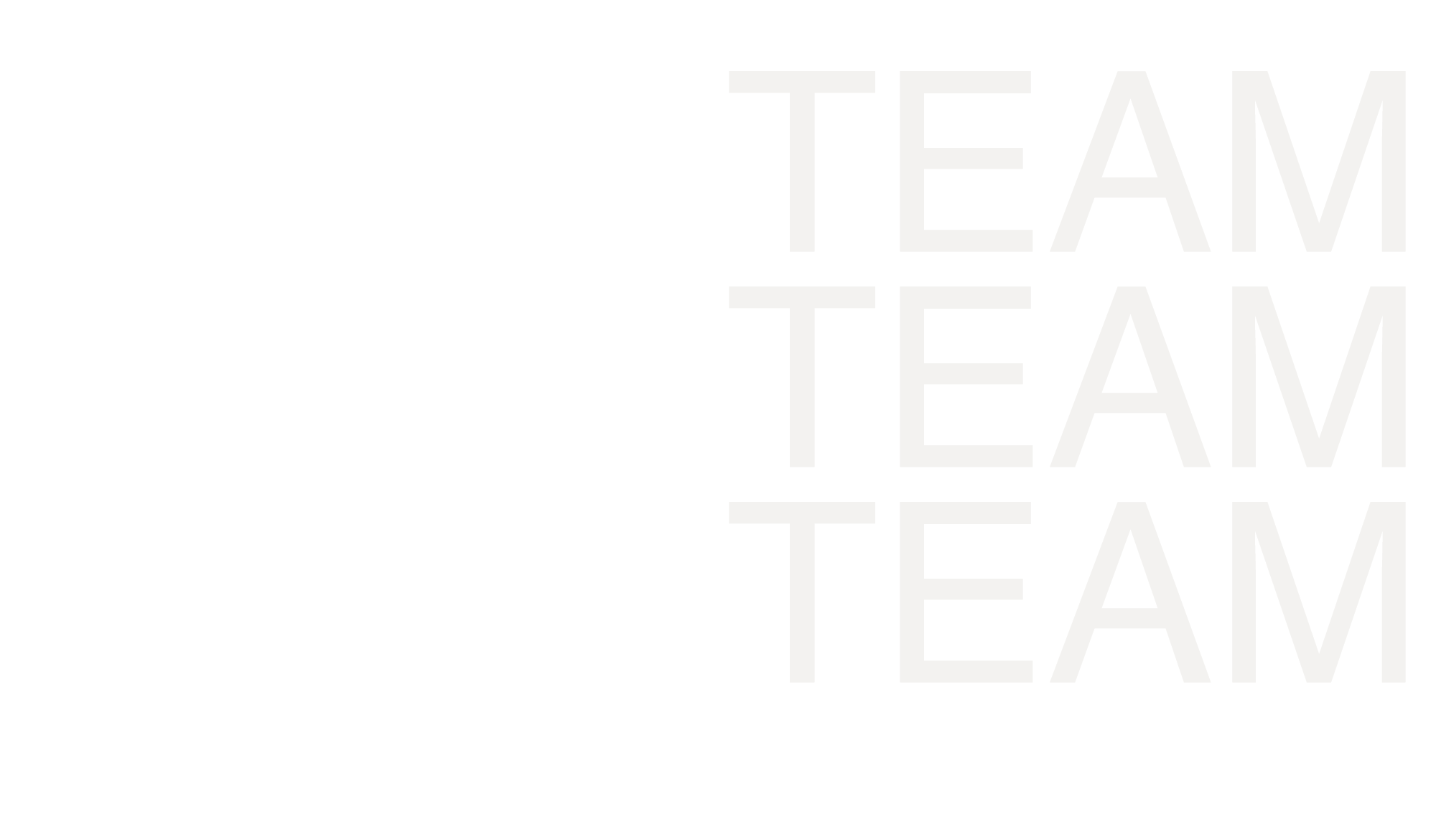 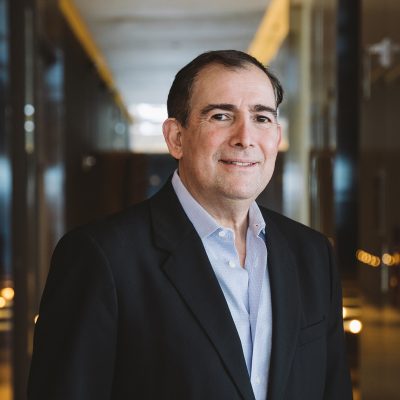 An expert in all aspects of dining, hospitality and celebrations, Arthur F. Backal is the CEO of Backal Hospitality Group (BHG) and has overseen world-renowned venues and executed thousands of milestone events for over 30 years.

As a deeply respected voice and industry veteran, Arthur has supplied his magic touch in the development of numerous iconic hotels and restaurants around the world.  He has also managed 20+ event spaces and offered consulting services on countless projects in New York City.

Properties that Arthur currently operates and/or owns throughout New York City include: Apella, an Alexandria Event Space, Riverpark, and Little River  on the edge of Manhattan’s East River; live music and game hall Cellar Dog in the West Village; the new Jazz Club at the Aman New York; recently re-opened TBar Restaurant in midtown Manhattan; and VERSA Restaurant and Rooftop in the Renaissance New York Midtown Hotel. The Event Management Firm State of the Art Enterprises is also in his portfolio of companies. Arthur’s expertise in venue management has led him to expand his services beyond NYC and help establish Apella RT, an Alexandria Event Space, in North Carolina’s Research Triangle.

Before founding BHG, and from the start of his career, Arthur worked with iconic New York hospitality institutions.  He spearheaded the re-opening of The St. Regis New York, overseeing the entire food and beverage operation, and was also credited with restoring The Pierre to its legendary grandeur during his tenure as Director of Catering. Arthur was also with Mandarin Oriental, Cipriani Group, The Plaza Hotel,  The Waldorf Astoria, and The Rainbow Room at Rockefeller Center.

As a native New Yorker, Arthur received his Bachelor of Arts Degree from The School of Hospitality Business from Michigan State University, one of the world’s leading hospitality programs. He has been recognized in several publications as a leader in hospitality.  Most notably, Arthur was inducted into the BizBash Hall of Fame in 2011.

In addition to his contribution to the hospitality industry, Arthur is involved with a variety of not-for-profit organizations including the Food Allergy Research Education (FARE), City Harvest, Robin Hood, Navy Seal Foundation, Crohn’s & Colitis Foundation, Thank Our Heroes, and several others.

Dividing his time between Manhattan and Brookville in Nassau County, Arthur lives in New York with his wife Liana and family. 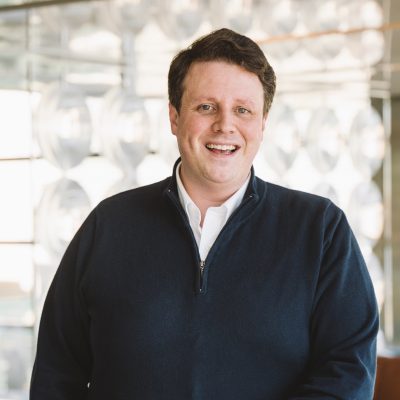 VP of Operations and Strategy, BHG 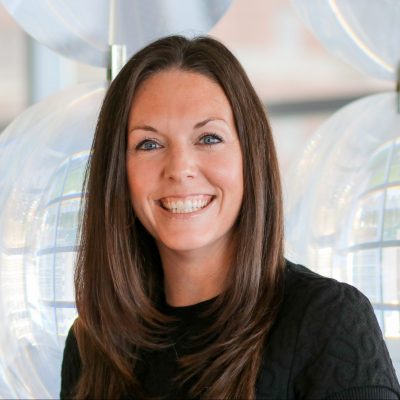 VP of Sales and Marketing, BHG

Susan has over 15 years of experience in marketing, communications, and event planning for public, private, and non-profit institutions.  She was an original team member at Apella by Alexandria where she led the event sales team and managed hundred of events each year.  Her career began in event marketing at Jefferies, a full-service investment bank, coordinating investor conferences and corporate sponsorships.  Most recently she led marketing and communications for SCALE Healthcare and its subsidiaries, ensuring quality and consistency across the family of brands and helping them achieve the number one fastest growing company award in 2022 presented by Consulting Magazine.  Susan graduated with a BA from the University of Virginia, enjoys adventures with her husband and two daughters, and is a certified yoga instructor. 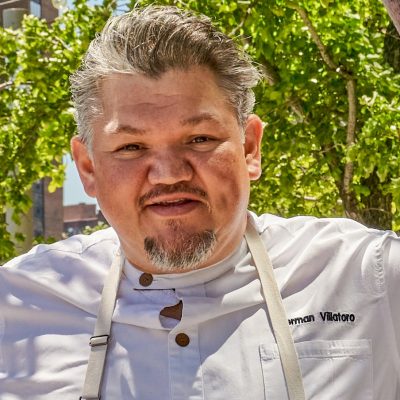 A well-traveled and passionate Executive Chef and Director of Culinary with over 25 years of experience in restaurants, events, and private settings, Chef German Villatoro has nurtured a love for food beginning with his mother’s cooking, growing up in El Salvador.  He credits his time with Rosewood Hotel & Restaurants in the Caribbean and working in 8 of America’s best food cities as well as his upbringing, for his dedication to utilizing local flavors and sustainable ingredients to create an inspiring menu.

Villatoro’s extensive experience includes well-known brands such as Rosewood Hotels & Resorts, Four Seasons, Conrad Hotels, Morgans Hotel Group, and the Michelin-rated La Grenouille restaurant.  With his most recent project as Director of Culinary for Convene, he was at the helm of what started as a small team but under his leadership, rapidly grew into a formidible leader in the industry for menu concepts and kitchen design.  He has also been featured in GQ Magazine, awarded by NYC Food & Wine Festival, and winner of Thrillist “Taco Takedown”. 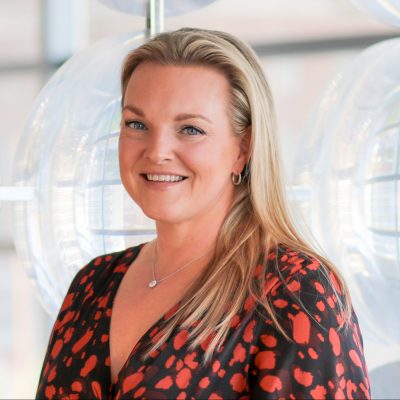 For 20 years, Dawn has been at the forefront of State of the Art Enterprises, Inc., she has expertly curated and managed countless momentous occasions. Her effortless can-do attitude, creative resourcefulness, and stay ahead of the trends is what she prides herself on. Each event is a one-of-a-kind production that reflects the individuals’ personal style and tastes. She contributes a strong understanding of logistical production and conveys a calming guidance resulting in clients can step back and savor all the special moments. When she is not crunching numbers on a budget or masterminding a special detail for an event, Dawn’s biggest production is being mom to Daniel, 9 and Antonia, 5 months. She resides in Staten Island with her childhood sweetheart Thomas with their 2 children. 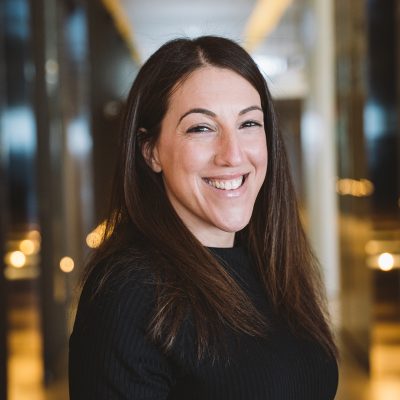 Director of Talent and Education, BHG

As a certified Professional in Human Resources, Tina Marie has dedicated her professional work in advancing strategies to create positive organizational cultures. With a career that spans sixteen years, most notably serving as the head of Human Resources for the New York Operations of the Thomas Keller Restaurant Group, she brings an acute knowledge and talent to the workplace. Her passion lies within her family and is Pilates enthusiast. 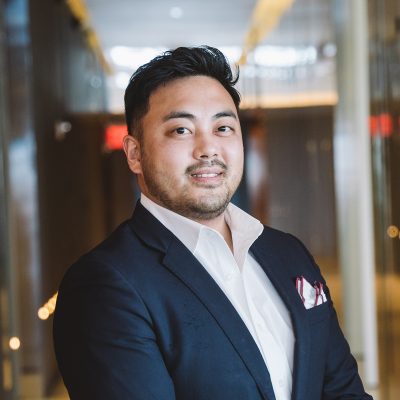 Joe Choi, General Manager at Versa Restaurant & Rooftop Bar, leads a team of hospitality professionals and oversees the execution of all operations throughout the property. Prior to Versa, he spent over 10 years working in the nightlife/restaurant industry throughout New York and New Jersey. Previous companies include Morgans Hotel Group, now sbe Entertainment Group and Hakkasan Group. In his free time, he enjoys traveling and pursuing his health and fitness goals. 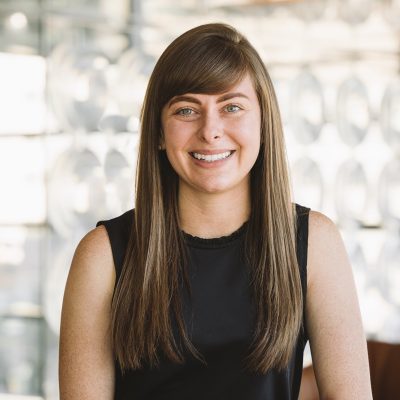 Prior to joining Apella, Nina spent 7 years on the events team at Mandarin Oriental, New York, most recently as Catering Sales Manager. Nina has an undergraduate and graduate degree from Johnson & Wales University including a Bachelor of Science in Hospitality Travel/Tourism with concentrations in Sales, Meeting & Event Management and Economics, as well as a Master of Business Administration (M.B.A.). Culinary school sparked a passion in nutrition, making fresh juices & smoothies or cooking plant-based recipes are a favorite pastime. She’s always living for the next adventure, whether spontaneous travel plans, a day spent hiking or most recently, a Yoga Teacher Training certification! 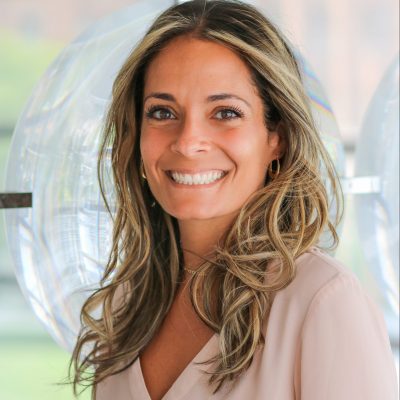 Nicole began her hospitality experience in 2013 with Morgans Hotel Group at HUDSON Hotel as a member of the Bars team, overseeing floor reservations for Hudson Bar, Library Bar, Private Park, and Sky Terrace. After two years of floor service, Nicole was promoted to an F&B Coordinator position, assisting the sales team with large event reservations, bar buyouts, and curated events. Nicole was then recruited by LTH Hospitality, overseeing “The Vine” by Laurent Tourondel until early 2020.

During the Pandemic, Nicole was recruited by Concrete Hospitality & the ‘In Good Company’ Group to oversee the F&B program of the new Courtyard by Marriott at Hudson Yards. Nicole opened the full-service restaurant, hotel bar, and catering operations, while also wearing many other hats during the height of the labor shortage.

In December 2021, Nicole joined our family at Riverpark as our Senior Operations Manager, overseeing our
Riverpark catering operation for both Riverpark and Apella by Alexandria. Nicole has been instrumental in bridging the two businesses together, forming our new catering team, and bringing her electric energy everyday. 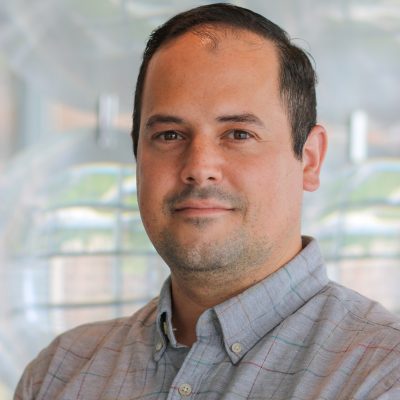 A powerful advocate and fundraiser for food allergies, Liana co-founded Food Allergy Initiative (FAI – now known as FARE) in 1998. She has dedicated her life to finding a cure for life threatening food allergies. She has helped create and implement policies for schools, camps, airlines and countless other institutions.  She has personally trained restaurants, hotels and universities worldwide (most notably Georgetown University) and has lobbied for stricter and clearer labeling laws before the FDA. A trusted resource, she has provided epinephrine for public places and has been integral in all areas of this growing health epidemic, including counseling families afflicted and participating in clinical trials with leading scientists.

Liana is on the top sales team at Douglas Elliman Real Estate. She has worked in real estate since college where she received an undergraduate Finance Degree from NYU’s Stern School of Business. She has strategic and complex sales strategies which include design and contract work. Fiercely loyal with attention to detail and discretion are key strengths in both real estate and the non-profit industries.

A lifelong philanthropist raised in a real estate family, Liana’s networks span all industry and backgrounds. She is involved with asthma and allergy research at the leading hospital and scientific institutions such as Mount Sinai Hospital in New York, FASI at The Broad Institute in Boston, National Jewish Hospital in Denver. Other important causes include The Jed Foundation (teen suicide prevention), Columbia Psychiatry (Dr Jeffrey Lieberman), Child Mind Institute (Dr. Howard Koplewicz), Chron’s and Colitis Foundation, The Navy Seals, and her children’s schools.

Born in Brazil and raised on Long Island, she lives on the Upper East Side with her husband and daughter and is also the proud Mother of two adult sons. 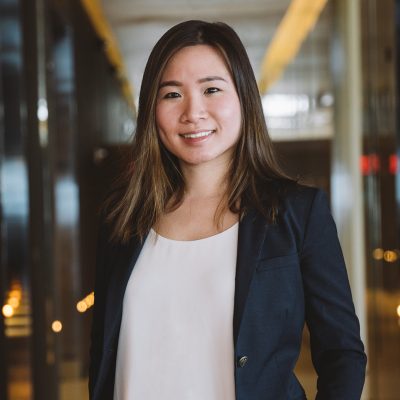 Helen Tran, Accounting Manager at Apella, oversees all accounting procedures including accounts payables, accounts receivables, and purchasing. Prior to joining Apella in 2010, Helen was a receivables coordinator in the accounting department at the Rainbow Room by Cipriani in Rockefeller Center. Ms. Tran graduated from Queens College, City University of New York with a BA in Accounting. Aside from her passion for running and traveling, Helen enjoys “foodie” adventures with her husband and two sons in New York City. 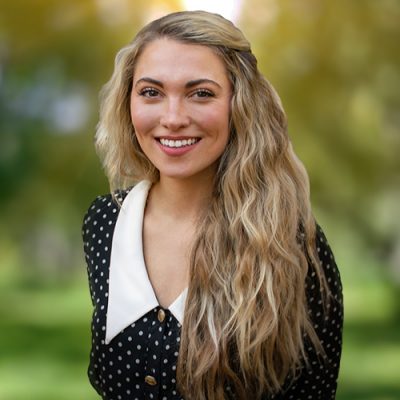 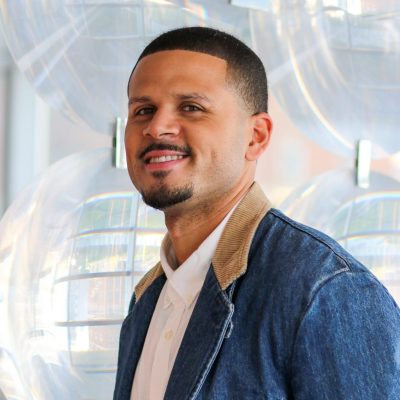 Greg started with Backal Hospitality Group in 2017 as Beverage Director at VERSA, prior to which, he spent 7 months in South Africa, immersing himself in the wine culture and knowledge, an influence and passion that reflected in his opening beverage program. Since then, he has since achieved the WSET Level 3 Award and continues to pursue his Diploma with WSET.

In 2018, he furthered his tableside proficiency as a Sommelier at The Mark by Jean Georges as well as joining the opening Sommelier team at Oceans on Park Ave. A true wine enthusiast, he explores the city’s wine lists in search of his next favorite glass, paired with a novel – preferably with notes of historical fiction. 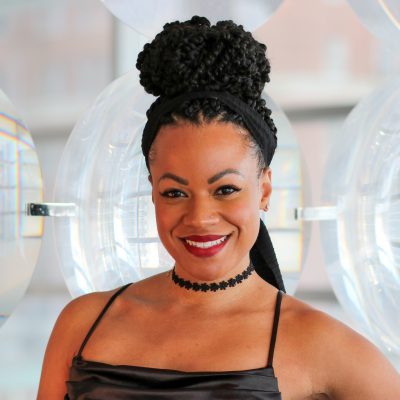